(Summary description)When buying shoes or snacks, a small packet of silica gel desiccant is often included in the shoe box or packaging bag. Our general approach is to ignore it or throw it away. However, 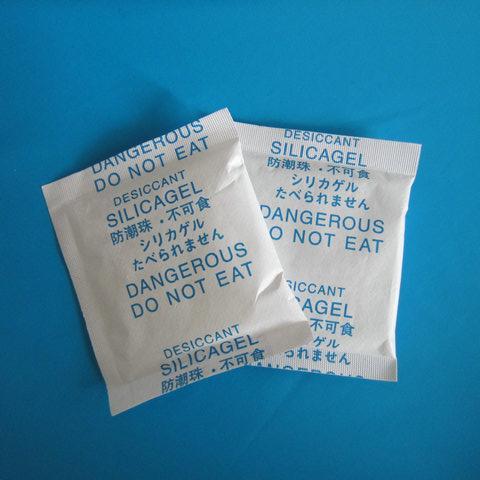 (Summary description)When buying shoes or snacks, a small packet of silica gel desiccant is often included in the shoe box or packaging bag. Our general approach is to ignore it or throw it away. However,

Information
When buying shoes or snacks, a small packet of silica gel desiccant is often included in the shoe box or packaging bag. Our general approach is to ignore it or throw it away. However, an article on the "Life Hacker" website in the United States pointed out that silica gel desiccant actually has seven magical uses, and it is a pity to just throw it away.
One of its functions is to "rescue" a cell phone dropped in the water. The phone accidentally falls into the water, usually you just know to pick it up quickly, and then use a hair dryer to quickly dry the water. In fact, you can quickly dry the surface of the phone, take out the battery board and memory card, and then take a large bowl, fill it with silica gel desiccant particles, and put all the phone (including battery board and memory card) in it, at least this way Set aside for one night. Assemble the phone the next morning and turn it on again, maybe the phone will be restored.
The second function is to prevent condensation on the lens of a digital camera. After using a digital camera outdoors in cold weather, and then taking it indoors, the camera lens will become misty. At this time, after removing the camera's battery and memory card, put the camera in a food container filled with silica gel desiccant particles and leave it aside for a while, which should prevent condensation on the lens.
Another function of silica gel desiccant can also prevent underwater cameras from malfunctioning. Although underwater cameras usually have a dedicated waterproof box, a little bit of moisture or moisture will cause the camera to "scrap". Putting two or three packs of silica gel desiccant in the waterproof box in advance can play a certain preventive effect.
The fourth function is to make a simple dry bag for travel. During the journey, it is inevitable to encounter severe weather such as squalls and rains. Before departure, prepare a zippered plastic bag with a few packets of silica gel desiccant. Once there is heavy rain on the way, immediately put in important parts and tools such as mobile phones. It is guaranteed to be "dry and worry-free".
In addition, the razor blade will oxidize when exposed to air over time, and it will rust or become dull. Use a sealed container with silica gel desiccant to store the razor blades to avoid this oxidation and make the blades more durable.
The popular “fake bait” can also be saved in the same way. This "fake bait" used for fishing will be slightly swelled after being soaked in water. Put it in a bag or container filled with silica gel desiccant particles and take it out again later. Restore it to the original condition and use it again.
Another trick is to prevent oxidation of repair tools. Maintenance personnel always work in the open air, and the maintenance tools in the toolbox will be exposed to rain and snow when hit by heavy rain or snowstorms and other bad weather. Put two packs of silica gel desiccant in the toolbox in advance, so as to keep the toolbox as dry as possible and prevent the tool from oxidation (ie, rust).

Scan the QR code to read on your phone

What should I do if the child takes desiccant?

Will silica gel desiccant explode when exposed to water